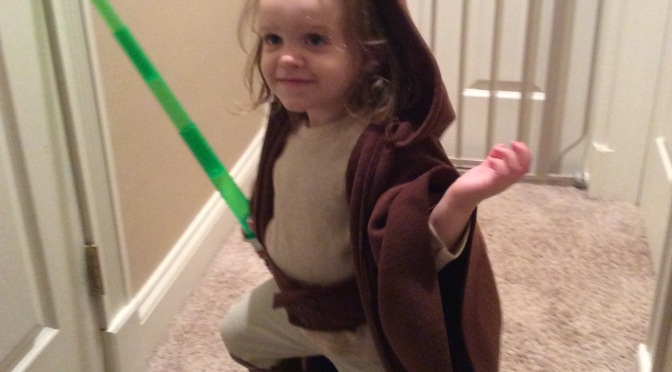 First and foremost, she’ll never be abandoned in a sandy place forced to collect junk in order to earn portions of dehydrated food powder. Also, I should mention that this is not an attempt to quash her girly-ness. If one day she feels that she is Transgendered that’s perfectly fine, but this post is more about the mindset than the physical attributes. No this is a consideration by a HUGE Nerd who is also a parent of a little girl in the realm of “should our kids look up to this hero”.

Rey, while being the main character and the one with the most potential, is not quite the hero we all hoped she would be. For the sake of the story that’s perfectly fine, but she’s certainly not my top pick for Sci-Fi characters I hope my daughter emulates. The top pick outside of the Star Wars universe is a tough call considering all the strong and positive role models that have come into fruition over the past couple of decades.

Keeping within the realm of Star Wars though, you have to give consideration to all the characters involved and the best we’ve seen so far is Poe Dameron.

Not only is he a “Damn good pilot”, but of all the characters in the Star Wars universe he is the easiest to understand. It hasn’t taken multiple movies to figure out his characters’ mindset, although we will probably see more of him in future installments. Right from the get-go you know that he thinks on his feet, but is the first one to come up with a plan. He’s also a leader, but completely open to being lead by others. He believes in fighting for what is good and right in the universe, but keeps in mind when to shoot and when not to shoot.

The most important piece of his personality though, comes out in one of the most violent scenes.

SPOILER ALERT. Do not go past this point if you do not want to read a spoiler

It was quite breathtaking action when Fin decides to free Poe and escape the Cruiser via Tie-Fighter. From the moment you see Fin’s face pouring with sweat and making that decision, right up to the moment he silently walks through the desert slowly stripping off his Storm Trooper gear, it’s an intense ride. But through the intensity Poe Dameron shines not only as a pilot and a force to be reckoned with, but also as a model for humanity.

In the middle of a firefight, having just escaped the enemy ship after being tortured and beaten, he finds time to enjoy certain pieces of the situation. Personally, if I was being busted out of prison by a turncoat enemy, I would not take the time to get to know them. I would get the fuck out of there and we can have a cup of coffee later. Poe also remarks about the Tie-Fighter they are flying, that he’s always wanted to fly one and “man this thing is quick!”

In the middle of what is quite possibly the most difficult situation of his life as a pilot, he takes the time to focus on what good things he has going for him. Through dodging laser fire and the difficult task of un-tethering his ship from the Cruiser, he faces the difficulty with confidence and admiration of the tools at his disposal.

This is what I hope the most for my little girl, that when she faces the most difficult situation of her life, she will have a little smirk on her face while she takes it down like a lion. A true story of making lemonade out of the lemons you’ve just been handed. And just like Poe, after going through all that, comes right back in the fight. After awaking from the Tie-Fighter crash, he finds his way back to the Rebel base and jumps right back into the fight.

Because that’s what life is, isn’t it? A series of tasks, different levels of difficulty, and it’s not just the decisions you make that decide what type of life you live. It’s about your attitude towards life.

Difficult times will come whether you like it or not. I hope my daughter faces them with confidence and doesn’t hide from them at all. While Rey does some incredible things throughout the course of the film, and I’m sure more is to come, it’s always with a tinge of “I’d really rather not” and then eventually a decision of “oh ok, I guess I’ll do it then”. While uncertainty is a factor that is completely natural, I hope we can inspire our little one to silence that little voice in the back of her head saying “you might not make it unscathed”.

It’s not about making it through unscathed. It’s about rolling with the punches and getting back up when we fall. Laughing away the little things and keeping in mind the best parts of life during the most difficult times. Easier said than done? Sure. But never impossible.

Plus….Poe has a BANGIN leather jacket.

The continuing adventures of a Podcasting Dad. 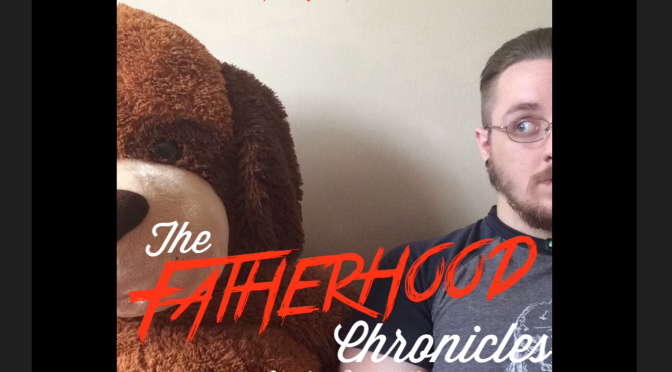 Podcast of The Month